EASST is proud to have the support of celebrity ambassadors to assist with our regional road safety campaigns. 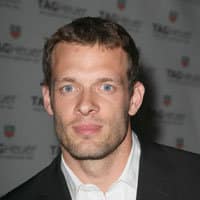 Alexander Wurz is an Austrian racing driver and driver training expert. He competed in Formula One from 1997 until 2007, and is also a two-time winner of Le Mans 24 Hours. With his father, Franz Wurz, he established Test & Training International, a leading driver training and road safety expert group. He joined EASST in 2013 as our Road Safety Ambassador – further highlighting his commitment to reducing road deaths across the globe. Alex began his Ambassadorial role at EASST with the launch of our ‘Safe Driving for Life’ campaign in Chisinau, Moldova. Alex brings to EASST a wealth of experience in driver training, a passion for road safety, and an impressive international reputation from the motoring world. 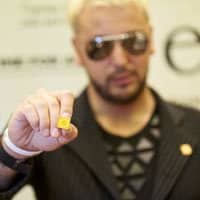 Anri became an EASST Ambassador in April 2012, pledging his commitment to EASST’s Georgian partner the Partnership for Road Safety in raising awareness of road safety issues in Georgia.

In collaboration with Georgian Public Broadcasting, Anri has produced a video in which he encourages parents to think about their child’s safety when driving.

With Nikki, Anri attended the seat belt campaign event in Baku, receiving a large amount of media attention for EASST’s work in the region. Anri continues to work with the Partnership for Road Safety on their campaigns in Georgia. 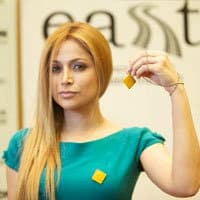 Nikki became an EASST Ambassador in October 2011, pledging her support to EASST’s efforts to raise road safety awareness in Azerbaijan. In cooperation with EASST’s Azerbaijani partner, HAYAT, Nikki has incorporated road safety themes into her music videos, thus conveying life-saving messages to thousands of people.  Talking at a seat belt campaign event held in Baku in 2012, Nikki said: “I know that music can be incredibly powerful in getting messages across, particularly to young people. My mission is to help save lives in Azerbaijan, to reduce the number of casualties on our roads. I’m urging everyone to wear a seatbelt and to support the Decade of Action for Road Safety.”

In October 2012, Nikki released the single ‘Can’t Let You Go’. The music video, which was part-funded by EASST, delivers a road safety message to Nikki’s fans highlighting the importance of seat belt use and other key road safety messages.