Another city falling into the trap of overpasses to reduce congestion 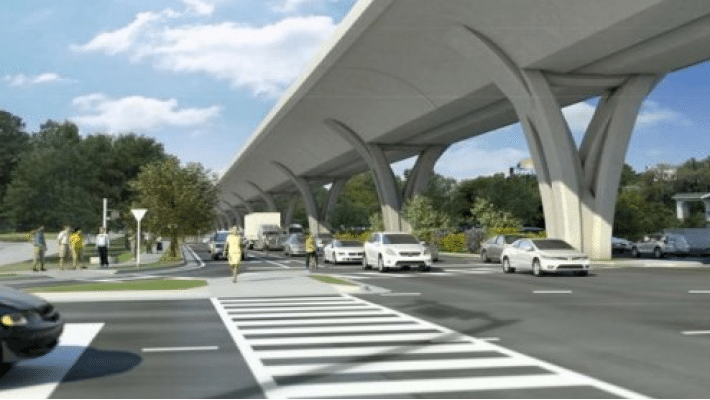 A few days ago, Tbilisi City Hall announced a tender for the construction of an overpass near the old hippodrome in Tbilisi for an estimated cost of GEL 2.9 million (USD 1.2 million).

But, do such overpasses solve the problem of traffic congestion? Experience in recent decades has shown us that result is in fact the opposite. The development of new roads just increases the number of drivers, leaving traffic intensity at the same level as before – just as when the diameter of a water pipe is widened, more water flows through the pipe.

For example, in Baku, Azerbaijan where new overpasses had been commissioned, construction came to a halt when it was realized that the overpass was aggravating congestion rather than solving the problem. The government is now applying other measures such as the separation of bus lanes, creating effective parking policies and buying new buses. Research in the United States has similarly revealed that amongst the most congested cities (Los Angeles, Honolulu and San Francisco), all have pursued road building policies.

It is also worth noting that new overpasses are also more expensive than the alternative, investment in public transport, and cause city centres to become less attractive and noisy. The construction of overpasses to reduce congestion is a trap that many towns and cities are now trying to get out of. Many city administrations are demolishing overpasses and reviving residential areas. A new overpass may seem attractive to drivers, but in reality it will not simplify mobility.

So where to start in improving mobility and making transport more sustainable? First, authorities need to realise that the problem of traffic congestion will not be solved with a overpass or road expansion – especially in a city like Tbilisi where private vehicles, including the number of jeeps per capita, is much higher than any European city. Congestion in Tbilisi is a result of the poor quality of public transport, a lack of buses, and an inefficient system of organising traffic and parking. It is public transport in Tbilisi therefore which demands investment. As such, the main priority for City Hall should be to upgrade the bus fleet and purchase at least 100 new buses as well as making designated space for public transit. By separating buses from private transport through dedicated lands and barriers, private vehicles will not hold up its rapid movement and make it a more inviting transport option. It is important that the already scarce resources for transport should be invested in the areas that require it the most.