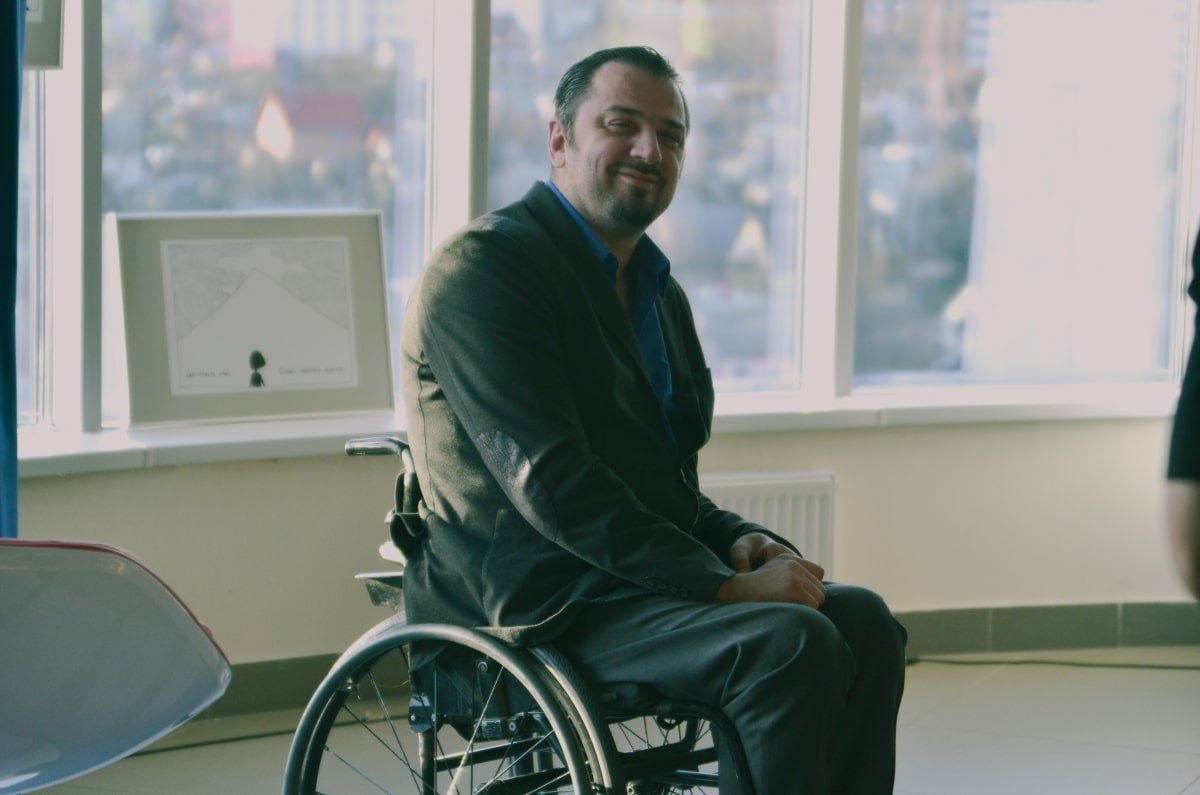 After being badly injured in his youth, Serghey Drozdovskiy has dedicated his life to helping people with disabilities and building a society that is free from barriers.

A month before his graduation from the Belarusian National Technical University Serghey was enjoying a picnic by the river with a group of friends. Then, as a result of a dramatic dive into the river, Serghey broke his back and was permanently paralysed from the waist down as well losing partial mobility of his right hand. From that moment on, Serghey was faced with life as a ‘disabled person’. With the support of friends and family, along with his power and determination, Serghey regained the ability to use his right hand and just a year later was able to participate in a track-and-field competition for wheelchair users.

During his recovery, Serghey attended a special camp where he had to re-learn basic skills such as getting dressed, getting in and out of his wheelchair, and how to overcome other daily obstacles. The camp also helped Serghey to rehabilitate socially and interact with the world around him.

“Those who rush to work everyday around the city do not understand that every step and every kerb that abound in our cities are like Everest for wheelchair users” – Serghey says.

Realising that a supportive and understanding environment was the key – in 1997, Serghey joined with several others to form the Republican Association of Wheelchair Users (RAWU), providing psychological support and a forum for wheelchair users to share positive thoughts and inspiring ideas with one another. Through RAWU, Serghey and his colleagues have now taught many desperate wheelchair users how to live a new life, and helped them to realise that many opportunities are still available to them.

Serghey himself graduated from the Academy of Public Administration under the aegis of the President of the Republic of Belarus, and became a lawyer. During his studies, Serghey noted that whilst the Academy was fully accessible for wheelchair users – equipped with ramps and providing accessibility to auditoriums – one problem persisted. Most people still did not understand him and the problems he faced as a disabled person. This is something he has faced in other areas of his life also.

As such, Serghey, today, works as the Chairman of an organisation advocating for the rights of disabled people in Belarus. The organisation’s main objective is to build a barrier-free society for people with disabilities. Personally, he wants people to understand that disability is not just a medical problem, but also a problem of ensuring and advocating for people’s rights.

Through both his personal and professional life, Serghey sets a great example for young disabled people and empowers those who are feeling desperate because of their disability not to lose their willpower and love for life.