Post-crash response is vital to saving lives and has been an essential Pillar within the UN Decade of Action for Road Safety 2011-2020. By giving someone first aid within the first 10 minutes after a crash, their chances of surviving increase by 60-70 per cent.

Unfortunately, despite often highly motivated and capable crews, post-crash care is generally poorly resourced in the EASST region. In Tajikistan, most emergency rescue vehicles are over 20 years old and sparsely equipped, and fewer than 11 per cent of seriously injured road traffic victims are transported to hospital by ambulance.

In July 2012, EASST and the Kent Fire and Rescue Service, with the support of the UK Embassy in Kiev, donated two fully equipped fire appliances along with much-needed fire suits, equipment and training to the town of Korosten near Chernobyl in Ukraine, replacing the local fire station’s Soviet era appliances and worn uniforms.[2] The donations consisted of de-commissioned equipment from the UK which had come to the end of its shelf life but was still safe and perfectly useable. In the past, such equipment would have been sent for scrap, but through this project and subsequent projects, many items are being reused and re-purposed around the world in countries where they are vitally needed.

The initial donations to Korosten have been supplemented and replenished over the years with additional deliveries and renewed training. Our most recent delivery in 2019 was supported by FedEx Express Europe. This included two donated vehicles and 12 modern road traffic collision sets. As a result, despite being a relatively small crew in a remote area, the Korosten fire fighters are frequently called to large-scale incidents due to their enhanced capability and response times.

EASST and Kent Fire & Rescue are now collaborating with the Lviv Institute for Fire Safety, the main institution providing training for fire fighters in western and central Ukraine. The aim is to develop their coordination with other emergency service agencies (police and ambulance) to further improve their capacity for emergency response, specifically road crash response. Previously, each agency (police, fire and ambulance service) would work from their own action plan to respond to road traffic collisions, with no joint agreements or training programmes. Following a mission by EASST in 2016 and a demonstration by Kent Fire and Rescue on the importance of partnership working for casualty reduction, the services established a joint working group with named representatives from each agency to develop a programme of partnership working for casualty reduction. The Working Group also includes EASST partners, Road Safety Support Foundation, and the local authorities. The Lviv Institute now hopes to open a dedicated training centre for the emergency services where they can develop joint response plans.

[2] The donation included parts to enable the changing of the steering mechanism from right to left hand side.

EASST’s initial collaboration with Kent Fire & Rescue Service in Ukraine in 2012 was the catalyst for the development of a new humanitarian rescue organisation – FIRE AID.

FIRE AID and International Development is an umbrella organisation of fire & rescue organisations carrying out humanitarian projects in low and middle-income countries. Its members deliver ethical and sustainable donations of fire and rescue equipment and training to emergency services, including a particular focus on post-crash response.

Within 5 years FIRE AID has grown to include 30 member organisations and has delivered projects in over 40 countries worldwide. FIRE AID also facilitates a central database for sharing equipment donated by UK Fire & Rescue Services, saving useable but redundant fire and rescue kit and in-date medical equipment from being scrapped. In 2019, FIRE AID received the prestigious Premier Award at the Prince Michael International Road Safety Awards for its contribution to enhancing post-crash response.

The support of UK fire services is essential to FIRE AID’s work. UK Fire & Rescue Services have donated more than 200 fire trucks, 2000 breathing apparatus sets, and many hundreds of uniforms and other personal protective equipment to FIRE AID projects. Moreover, they support serving fire fighters to volunteer on projects, sharing their valuable knowledge and skills with emergency services facing huge challenges in other countries. This is an important aspect of FIRE AID’s work – no equipment is donated without training, monitoring and care to ensure it is not wasted, including training in maintenance and ensuring the availability of spare parts and adequate storage facilities.

As a founding member of FIRE AID, EASST has worked with other member organisations to deliver equipment and training to Moldova, Tajikistan and Ukraine to improve post-crash response and save saveable lives.

Since 2015, with the support of DfID and the UK Embassy in Tajikistan – and under the umbrella of FIRE AID – EASST has been implementing a project in Tajikistan with SESHAA working in partnership with the Tajikistan Ministry of Internal Affairs and supported by the Young Generation of Tajikistan. Tajikistan is the poorest country in Central Asia, and the fire service is tragically underequipped. During an initial visit to the country the project team visited a fire station housing just a single 25-year old vehicle to serve 50 villages and a key international road connecting Tajikistan to neighbouring countries.

The Chief of the Republican Fire Service warmly welcomed the initiative to improve the country’s capacity for emergency response. Within six months the first donation of fire-fighting PPE and medical equipment was delivered to fire and ambulance services in Dushanbe and to the main fire station in the town of Khorog in the Gorno-Badakhshan Autonomous Region, along with ‘train the trainer’ instruction on how the equipment should be used. This was supplemented in 2016 with hydraulic extrication equipment essential for road crash response, and additional training by UK volunteer firefighters in emergency post-crash medical care.

In 2017, a convoy of three fire appliances and an ambulance were driven over 4,000 miles through 10 countries from the UK to Tajikistan. These donations, along with other equipment and ‘train the trainer’ instruction on road crash response, were delivered by UK fire fighters to create Tajikistan’s first ever cadre of specialist road crash response trainers.

This support is already helping Tajik emergency services respond to disasters faster, safer and more effectively. In 2019, a second convoy of vehicles was delivered along with training by Women in the Fire Service (a UK based organisation) to provide basic mountain rescue and first aid skills to women in rural communities in the Pamir Mountains – an area of increasing tourism but remote and difficult for emergency services to access – as well as rope rescue training by SESHAA (vital when vehicles drive over cliffs). This training is helping to save lives during the ‘golden hour’ of emergency rescue to prolong life until other emergency services reach the scene.

Additionally, in Moldova, a 5-year project supported by the US and UK Embassies, which completed last year, saw FIRE AID members (including EASST) working with Moldovan emergency services and local EASST partner, the Automobile Club of Moldova (ACM), to improve emergency response. When the project began in 2014 the total capacity for the whole country included 144 fire appliances (92 fewer than the Moldovan Government’s recommended minimum) of which 8 appliances were fit for responding to road traffic collisions and only 7% fell within the government’s suitability criteria. 93% of appliances were more than 13 years old, and many were over 20 years old.

In response, FIRE AID members delivered a total of 45 modern fire appliances, 63 road traffic collision sets, 5 ambulances, 2 water rescue boats and trained over 1,200 emergency responders. To date, the donated fire appliances and equipment have been used to attend over 15,000 incidents resulting in at least 200 individuals being saved who would not have been extricated otherwise [Source, Moldovan Republican Fire Service records]. In addition, in 2015, Moldova’s fire & rescue service was admitted to the World Rescue Organisation for the first time, achieving a creditable Level Three Membership for their demonstration of post-crash extrication techniques.

Find out more about the work of FIRE AID at https://fire-aid.org/ 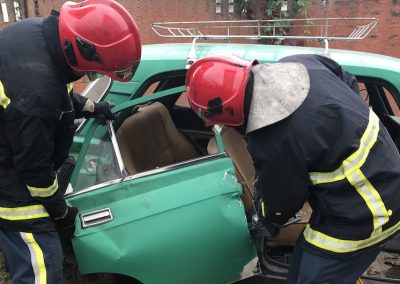 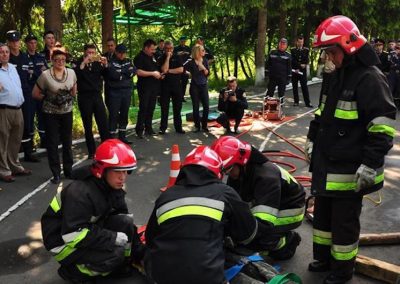 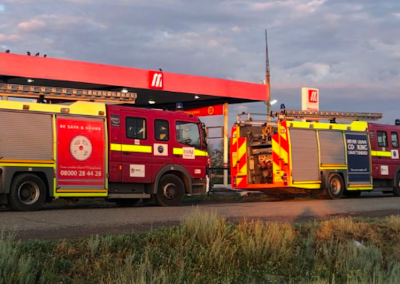 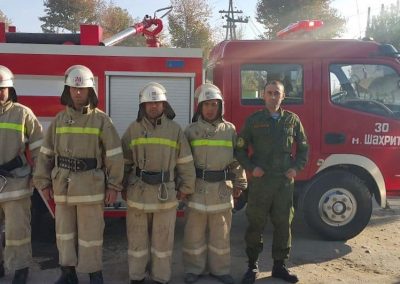 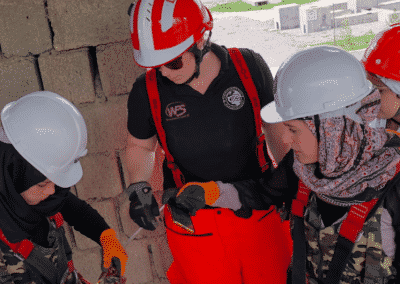 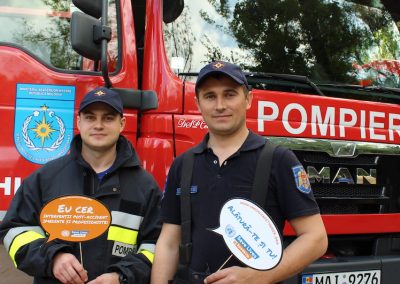 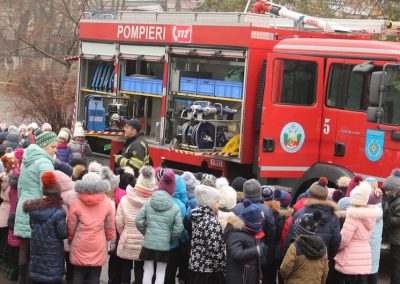 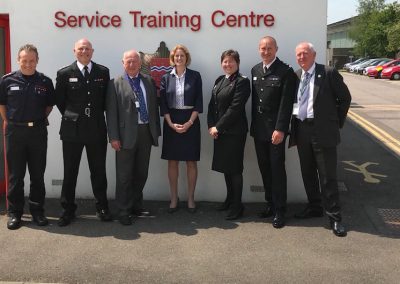