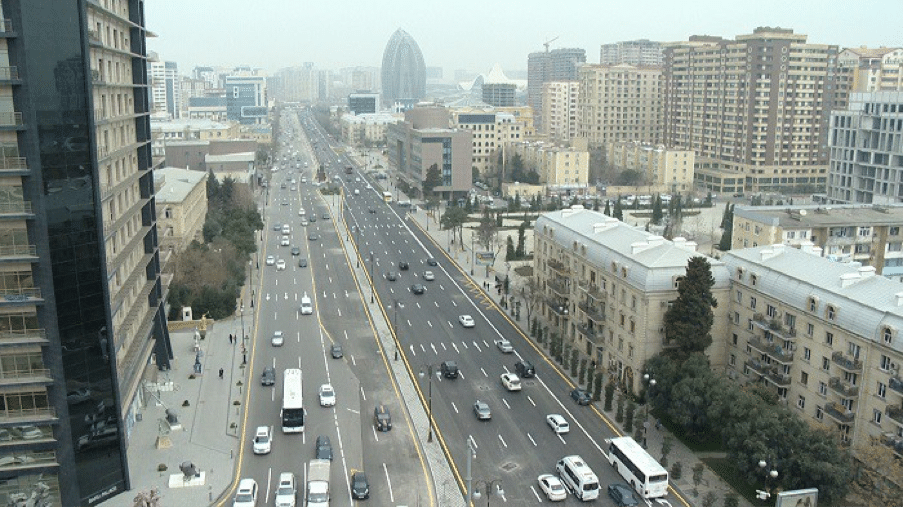 Local streets include those in residential areas along which sidewalks and bicycle paths are laid. They are where children walk, and the roads we see from the windows of our houses. It is on these roads in Baku that we need to reduce speed.

During the last 15 years Baku has been trying to tackle congestion issues by expanding existing roads, streets and avenues and building new infrastructure. This has resulted in an increase in average speeds during off-peak hours. Many of these expanded streets allow a maximum speed of up to 80-90 km/h. Yet during peak hours these roads are usually congested. At the same time, there is a lack of pedestrian crossing facilities leading to even more problems. Some of the biggest culprits include Yusif Safarov Street, Heydar Aliyev Avenue, and Babek Avenue.

In the human psyche, we subconsciously fear fast-moving objects. Psychologists have established that the appearance in the field of view of an object moving 10 times faster than we are moving causes anxiety. As such, for a person moving at approximately 5km/h, a car traveling at anything above 50km/h is perceived as a natural threat. What’s more, starting from a baseline of 50km/h, every 5km/h increment in speed can double the risk of being killed in a crash. Slowing down saves lives, according to the World Health Organisation just a 5% reduction in speed can result in a 30% reduction in the number of fatal crashes.

Global recommendations state that the maximum urban speed limit should not exceed 50km/h. In many countries, the maximum speed allowed in residential areas is 30km/h. These standards need to be met in Baku if we’re going to reduce the number of casualties on our roads.

It is difficult, if not impossible; to change the existing layout of the street network in Baku, but reducing the number of road casualties can be achieved through a variety of means such as organising and calming traffic. For local street networks, the uniformity of traffic flow is just as important as speed. For example, if drivers don’t lose time at traffic lights, they will lose it later on in a traffic jam. Uniformity can be achieved by regulating the flow of properly adjusted traffic lights. The implementation of regulatory, visually-oriented and physical measures to limit speed and the intensity of traffic can lead to a reduction in crash rates of between18 and 60% as well as providing a reduction in traffic noise and harmful emissions.

Implementing such measures in Baku can therefore go a long way towards saving lives and making our streets more liveable.