In Memory of Tony Pearce 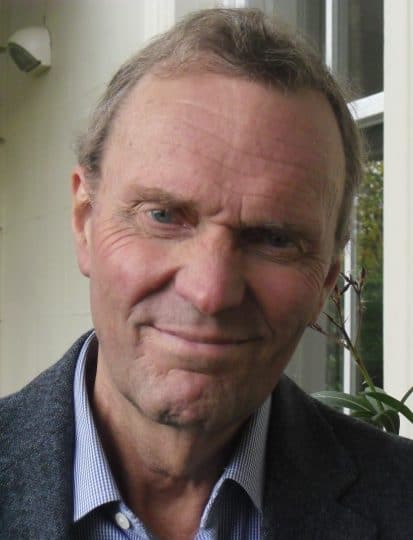 At the end of April our much-loved EASST friend, colleague and advisor, Tony Pearce, passed away after a two-year battle with a rare form of leukaemia, CMML. Tony has been a member of the EASST Advisory Board since our establishment in 2009, helping us develop our programmes and working directly with many of our EASST partners. He will be deeply missed by all of us and by many others he has touched with his kindness around the globe.

Tony was a skilled road safety professional with a very varied career of over 40 years having worked in more than 50 countries. He was the former Director General of the International Road Federation in Geneva, and a lifelong honorary IRF member. He was a Chartered Civil Engineer and a Chartered Manager who has written national road safety strategies for 5 countries. One of these is Kyrgyzstan, where in 2013 Tony collaborated closely with EASST partner Chinara Kasmambetova in a project supported by the World Bank. See this link for a photo of Tony presenting the strategy in Bishkek.

Shortly after his diagnosis in November 2016, Tony travelled to Tajikistan to work with our EASST partners, the Young Generation of Tajikistan. With Tony’s expert input, together they launched a ‘Safe Villages’ campaign to promote road safety in five villages in the Zarafshan Valley along the Ayni-Pendjikent-Uzbekistan border. The campaign coincided with the development of the regional A377 highway and was a collaboration between the Tajikistan Ministry of Transport, Kocks Consult, Asian Development Bank, the Ministry of Internal Affairs and EASST. You can see Tony here on the road with our team, checking traffic speeds.

This was to be Tony’s last major international project. Shortly afterwards he retired to take on a new role in his local village as Chairman of Bovey Tracey Paradiso Arts Ltd, a charitable Community Benefit Society which plans to restore a derelict Grade II listed historic public house, the King of Prussia, in Bovey Tracey and turn it into an art gallery, with a 100+ seat cinema theatre and an excellent café bar / restaurant serving organic locally sourced food. Tony and his wife Jeanette were the driving force for this wonderful community project that will leave a lasting benefit for local people in Devon.

Tony was very proud to be the winner of the Prince Michael International Road Safety Award in 2013 in a project he developed, supported by EASST in Ukraine. The joint Trans-European Transport Network (TEN-T) Programme and EASST project used effective advertising and targeted social media in Odessa to cut speeding related deaths and offences by 30% in one month, and double seat belt wearing from 20 to 40% in two months. HRH Prince Michael of Kent presented the award to Tony and to EASST partner Oksana Romanukha and EASST supporter Alex Goncharenko for their innovative initiative at a ceremony in St Petersburg. You can read more about the road safety pilot project in Odessa here.

Tony’s impact on road safety around the globe has been substantial. His kindness and expertise were deeply appreciated by everyone he worked with. In the words of EASST Advisor and Director of EASST Expertise, Matt Chamberlain:

“I first had the pleasure of meeting Tony about six years ago. This was a time when I was starting to be more and more involved in overseas projects and he provided such encouragement and spoke with such enthusiasm and passion about his projects. His work as Director General of the IRF, and far too many other projects to list here, made a real difference and undoubtedly saves lives. Some of his advice will always stay with me. Tony always had the time to offer guidance and pass on his vast experience whenever asked. A true friend and gentleman, he will be sorely missed by me and so many around the World.”

He was loved and will be mourned by all our EASST partners. Oksana Romanukha, with whom Tony worked very closely in Ukraine, had these words of remembrance:

“I can only say that the whole era died with Tony. He had such a unique personality, it was a real blessing for me to have met him and to work with him. He was my ‘godfather’ in road safety. He was a very dear person to me and will be hugely missed.”

The International Road Federation, whose mission is to encourage and promote development and maintenance of better, safer and more sustainable roads and road networks, have also remembered Tony’s impact and expertise:

“The IRF loses one of its masterminds and an outstanding personality who has largely defined IRF and its work over the past decades. Tony has been a primary spokesman and ambassador for the IRF worldwide. Most of it, he has been a friend to many of us in the profession.”

Michaelis Adamantiadis of the EuroMed Transport Support Project sums up what Tony’s friends and colleagues are now feeling, “The international transport family is poorer now.”

Our thoughts are with Tony’s widow, Jeanette, their children and grandchildren. We will continue to remember his great legacy in our work.