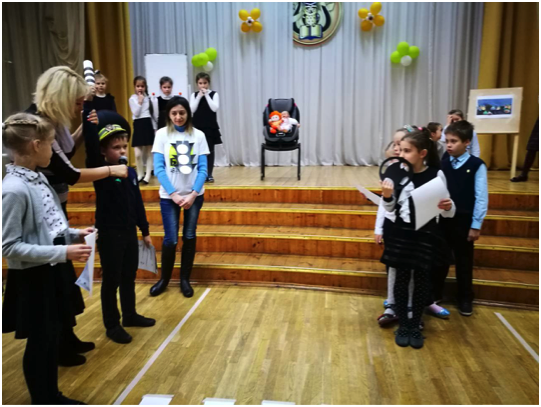 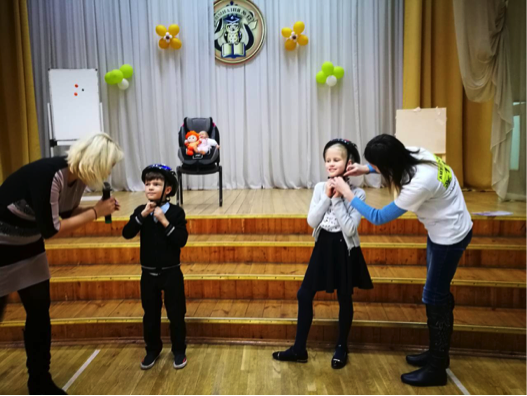 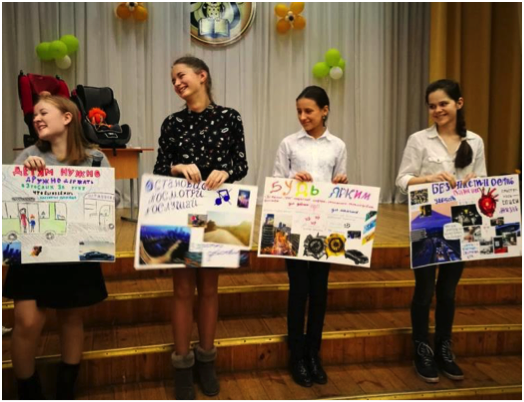 Since April 2017 EASST partner the Belarusian Auto Moto Touring Club (BKA) has been implementing a project aimed at improving children’s safety on the road, particularly whilst out on their bikes.

During October and November, the BKA, together with the Road Traffic Police, held a series of events across schools in the Moskowsky district in Minsk, an area where last year a girl was hit by a car while riding her bicycle.

The BKA used the EASST Road Safety Education Pack to train teachers on how road safety can be introduced to children in a fun and practical way that ensures children gain the skills and knowledge they need to keep safe on the road.

The Pack was then introduced in several schools across the district. Each session involved around 60 children aged between 6 and 14 years old. The children were divided into age groups so that the training would be age appropriate and relevant.

The activities encouraged the children to think about their own journeys to and from school and identify any risks they might face, as well as focusing on the importance of being visible when walking at night and why they should always use child restraints when traveling by car. The training also focused on safe cycling, covering the highway code for cyclists and steps to take when cycling in the rain and in the dark. The BKA also showed the children how to check their bikes for safety and how to properly fasten a helmet.

For the younger children, aged 6-11 years old, activities were made as lively and energetic as possible. For example, to underline the importance of visibility, the children were asked to dress BKAshka, the BKA mascot. They were presented with darker coloured clothing as well as brighter items and reflective elements and were asked to select the best items to help BKAshka be seen in the dark. They were also given the opportunity to each fasten a doll into a car using child restraints so that they can learn better how they are used and why they are important.

All the activities were presented by Alice, a fictional character who had been involved in a road traffic crash. Alice told the children her story and urged them all to be more careful on the road. At the end of the session, the children were given the opportunity to interview Alice as though they were TV reporters. In such a way it was hoped that they might imagine themselves in the position of a road traffic victim and realise the real consequences a crash on the road may cause.

For the older children, aged 12-14, the training focused more on analytical and reasoning skills. At the beginning of the session they were shown a video about the importance of road safety and asked to express their feelings about it. The students then took part in four contests including: the best road safety poster (aimed at pre-school children); how to fix children in car restraints and how they should be adapted according to age and physical characteristics; the best costume with reflective elements; and testing their knowledge on the highway code for cyclists.

Every child who too part in the training also received brochures, reflective elements, stickers and a certificate which they could show their parents and tell them what they have learned. The most active participants also received bicycle helmets and some sweets as prizes from the BKA.

The training proved the real efficiency of the EASST Road Safety Education Pack and gained great popularity amongst both the children and teachers. The BKA plans to actively use the Education Packs in their future projects as a part of road safety education of children.