We believe that our membership within partnership networks is vital to achieving good road safety governance & advocacy: enhancing capacity, communication & making a greater impact to save lives. 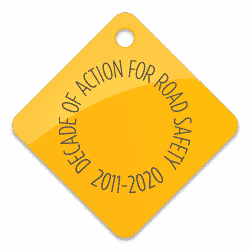 The UN Road Safety Collaboration (UNRSC) was set up by the World Health Organisation in 2004 to coordinate road safety issues across the UN system. It is an informal consultative mechanism whose members are committed to road safety efforts and in particular to the implementation of the recommendations of the World report on road traffic injury prevention. The goal of the Collaboration is to facilitate international cooperation and to strengthen global and regional coordination among UN agencies and other international partners to implement UN General Assembly resolutions and the recommendations of the world report thereby supporting country programmes.

The Global Alliance and its member NGOs are at the forefront of the global effort to save lives on the roads: leading projects and campaigns, working with communities and government, and advocating for road safety policies. The NGOs are a key part of the road safety equation, as they make road safety an issue that is personal, real, and in need of urgent attention. They are instrumental in generating a demand from the public for safer roads, and when they base their interventions on evidence about what works, they can contribute in significant ways to saving lives on the roads.

The Three Star Coalition includes over 70 organizations in 30+ countries concerned with road safety.  The majority of its partners are in low and middle income countries.  The coalition’s goal is to have the World Bank insure a basic level of safety on the road projects it finances by establishing as its norm an infrastructure safety rating of 3 stars or better, following the protocol developed by the International Road Assessment Program with assistance from the World Bank. Many partners are also working with their country’s government to establish the same norm.

The Three Star Coalition are focused on the World Bank because it is the pre-eminent aid agency in this area, providing on average approximately $5 billion a year for road construction.  The Bank sets an example of best practice that many other agencies follow. The International Road Assessment Program (iRAP) rates roads for safety, giving ratings of one to five stars for each type of road user from vehicle occupants to pedestrians.  iRAP considers 3 stars a reasonable minimum standard.

The International Road Federation (IRF) is a membership-based organisation, representing leading corporate and institutional players drawn from the road sector worldwide. Its mission is to promote the development of roads and transport networks that enable access and sustainabile mobility for all.

IRF is committed to promoting a new generation of ‘forgiving’ roads that not only save lives by also restore the rightful image of roads as arteries of economic progress and social development.

EASST is one of the five founding members of FIRE AID, an association of UK charities and services with a mutual interest in providing ethical and sustainable donations of fire and rescue aid and training to those in need of such assistance. It was formed in 2012 by a group of like-minded organisations who have been operating for many years, successfully donating equipment, training and expertise to over 30 countries.  Among other areas of work, FIRE AID provides guidance for donation projects, manages an equipment database, and provides a forum for discussion on issues relevant to its members.

EASST is proud to be an Associate Member of the Federation International de l’Automobile (FIA). The FIA has played an important role in the development and promotion of the UN Decade of Action on Road Safety, which remains a key plank of their work. The FIA is also very active on other mobility issues related to road safety, such as tourism and Smart Cities. The FIA Smart Cities Initiative was launched in 2017 to encourage cities and key stakeholders to address pressing issues for future urban mobility, including air quality, congestion and road safety.

EASST is a global partner of the Child Health Inititative, a collaborative partnership of organisations with a focus on global and national advocacy, research, and programme implementation. Our joint mission is to ensure a safe and healthy journey to and from school for every child by 2030. 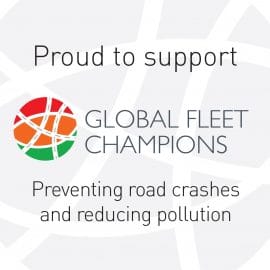 Low and middle-income countries often have the poorest quality and most dangerous fleets – including public transport fleets, public service fleets and private commercial fleets. However where good fleet management is practised, it has been shown to have a strong impact on fleet safety, reducing the number and financial cost of collisions as well as the number of deaths and injuries.

As a member of the Global Fleet Champions Standards Committee we will work to promote good fleet practice around the globe, including in countries currently facing some of the greatest challenges.

We’re proud to be Friends of FEVR – the European Federation of Road Traffic Victims.

We support the work of FEVR to promote assistance to road victims at international level in Europe, work for the prevention of crashes and strengthen contacts and collaboration between road victim associations from various countries.