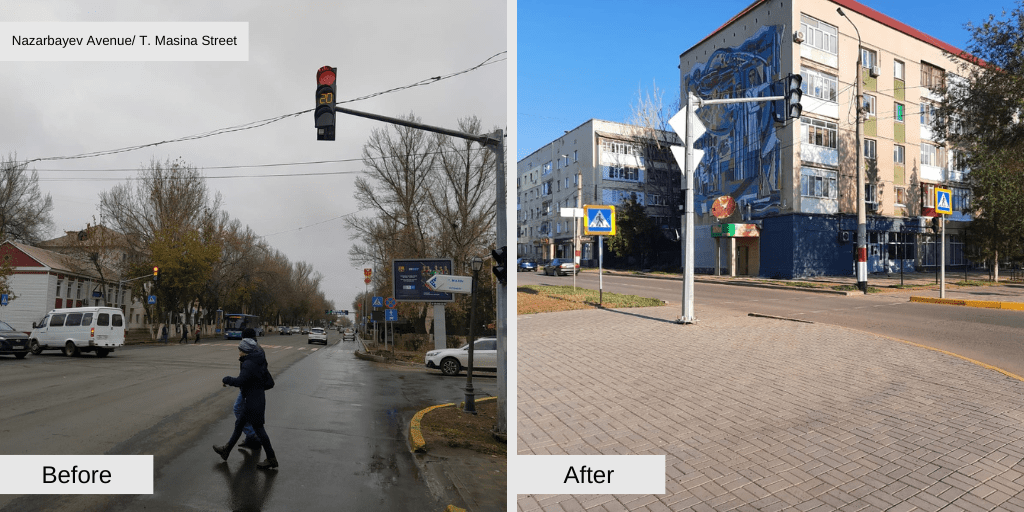 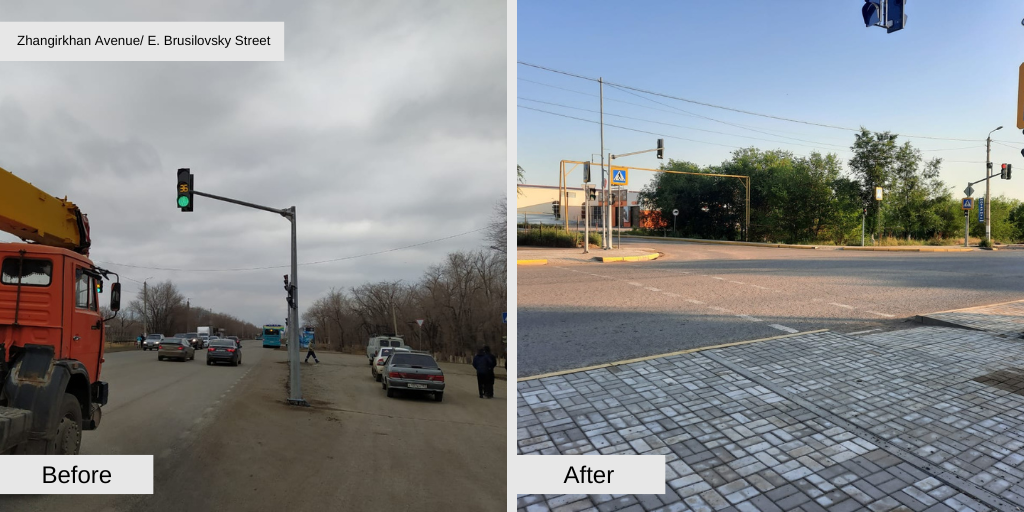 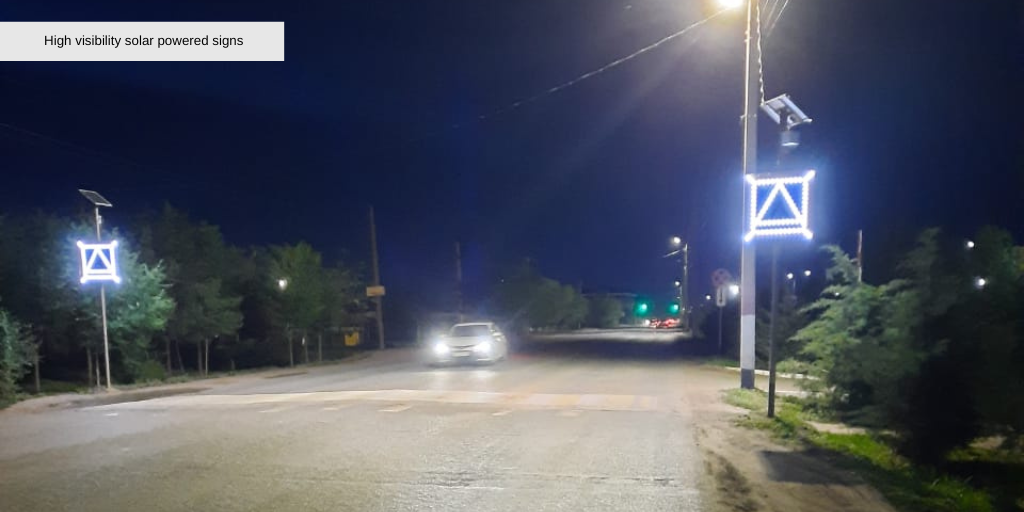 With the support of Shell Kazakhstan, Eni, and the Safer Roads Foundation, EASST has improved child safety at four highly dangerous sites in the city of Uralsk in the West Kazakhstan Region.

The sites include two intersections, Zhangirkhan Avenue/ E. Brusilovsky Street and Nazarbayev Avenue/ T. Masina Street, and roads near school no. 10 and the local youth centre. All are used by thousands of children every day.

The sites were identified as highly dangerous by the local Traffic Police in Uralsk through data mapping with EASST. Together the four sites accounted for 22 serious injuries and 2 deaths between 2017 and 2020.

EASST Expertise consultants, Alastair Barlow and Tolga Imamoglu along with EASST partner, Urban Forum Kazakhstan visited each site and conducted a Road Safety Audit before drawing up plans with recommended improvements. The plans focused primarily on speed management and visibility. The work was carried out by the Akimat (municipal government) of the region.

To encourage drivers to reduce speed and drive carefully, traffic lights were installed at each of the intersections, where the speed limit is currently 60km/h. The road was also narrowed, reducing the radius of the corners, to slow down traffic when turning and reduce the crossing distance for pedestrians. This is critical to creating safe and compact intersections.[1] Raised zebra crossings were installed near the school and at the youth centre to help children cross and reduce vehicle speeds.

High visibility solar powered signs replaced the old signs which were not reflective and difficult to see in the dark. This has made a big difference to the visibility of the intersection at night. It will also make crossing in the winter, when dark evenings and inclement weather reduce visibility, much safer and easier.

The upgrades were completed in May 2022. We will continue to monitor the situation at both sites and hopefully we will start to see much fewer casualties.