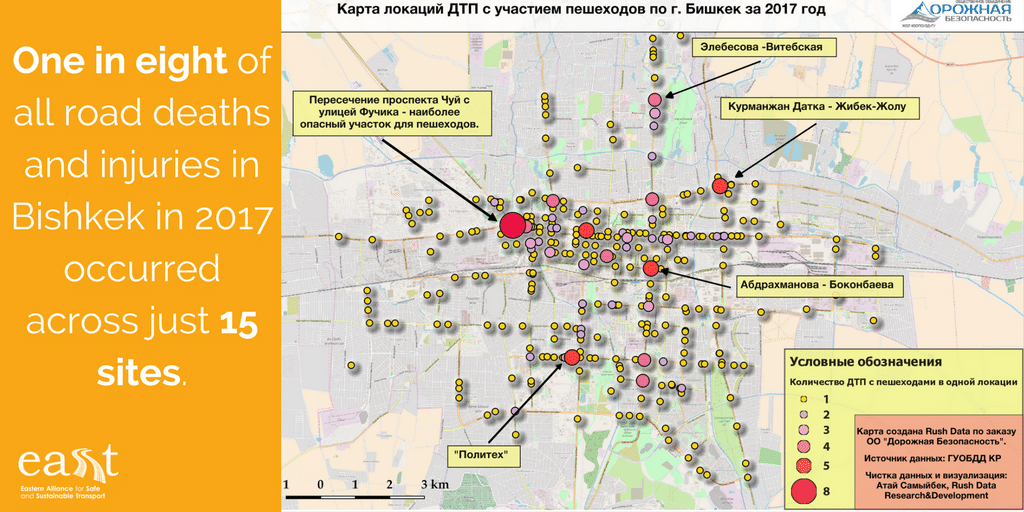 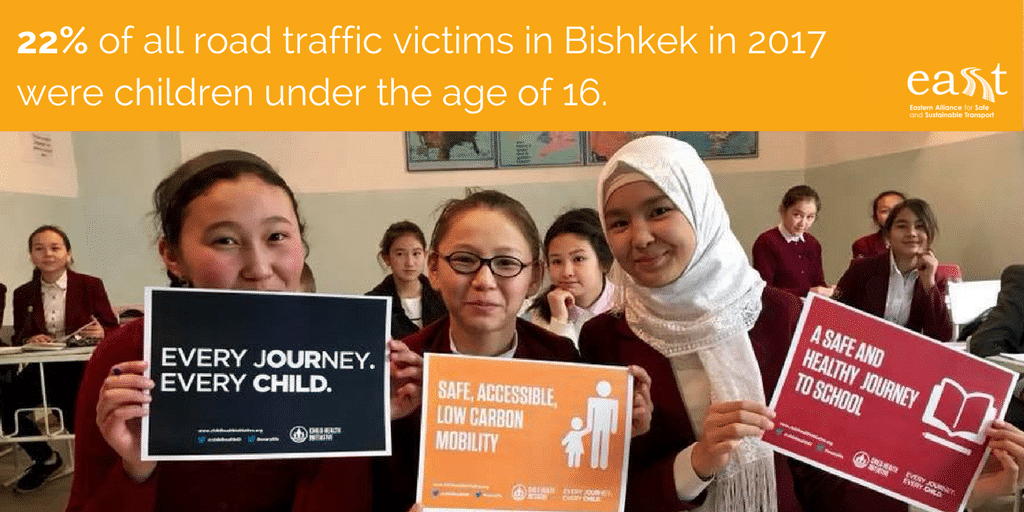 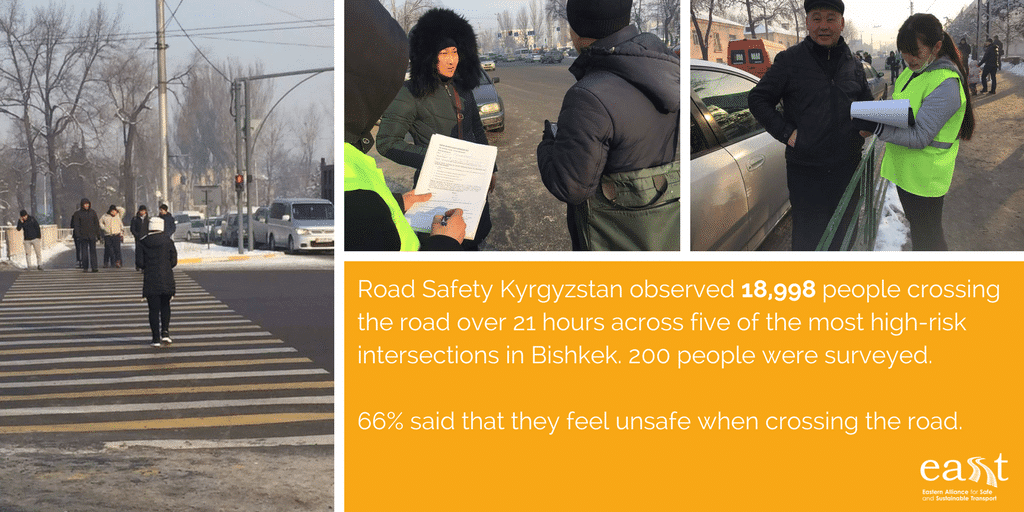 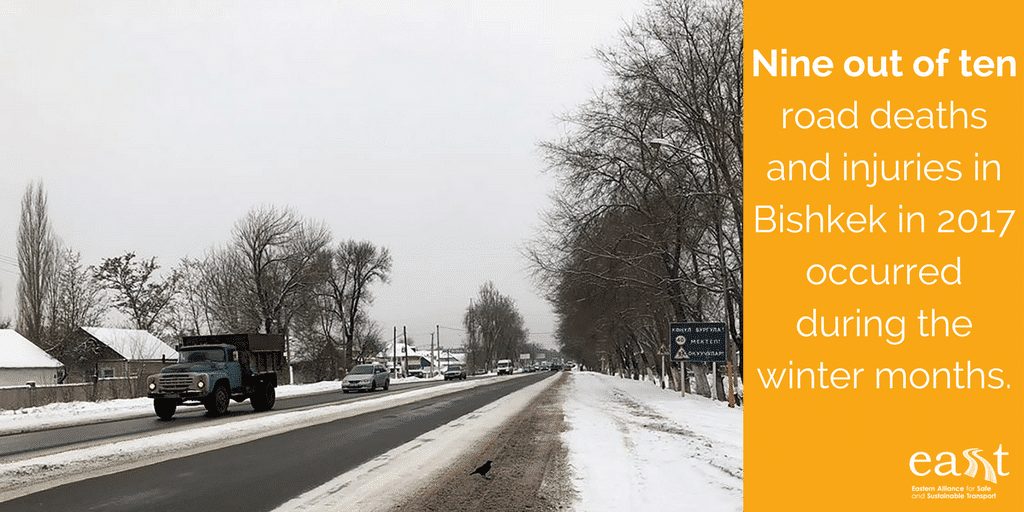 Pedestrian safety and accessible mobility are vital components of a smart city strategy. Cities that are designed to accommodate people rather than vehicles benefit from increased economic development and tourism as well as being simply healthier and more pleasant places to spend time.

Local authorities in the Kyrgyzstan capital of Bishkek are currently embarking on an ambitious Smart City programme to improve urban life and make the city more sustainable and resilient. Our new report, Pedestrian Safety in Bishkek’s Smart City Concept, demonstrates that to achieve this, road safety, and in particular, pedestrian safety, need to be a crucial part.

Developed along with our local partners, Road Safety Kyrgyzstan, and supported by the UK Embassy in Kyrgyzstan, our report reveals that out of 570 people killed or injured on the roads in Bishkek in 2017 more than 48% were pedestrians and 22% were children under the age of 16. For the first time, we have combined Traffic Police data on road deaths and injuries with location data to give a picture of high-risk areas of the road network in Bishkek and found that one in eight pedestrian deaths and injuries occurred at just 15 specific sites.

One in eight pedestrian deaths and injuries occurred at just 15 specific sites.

Based on this data, Road Safety Kyrgyzstan selected five of the most dangerous crossings for further investigation. Our report provides analysis on each of these sites, identifying hazards that make them so lethal and presenting recommendations on how to improve safety through achievable engineering solutions.

Pedestrians accounted for 48% of all road fatalities and injuries in Bishkek in 2017.

The report is being launched today at a specially organised conference in Bishkek attended by the the Head of the Republican Traffic Police, representatives from the Prime Minister’s Office and several Members of Parliament as well as residents and local business owners who live and work around some of the most high-risk areas we identified. Through discussion and interacting with people directly affected by the unsafe road network around Bishkek, local authority and government planners will agree that pedestrian safety in Bishkek is an urgent priority and include it as an essential component within Bishkek’s Smart Cities Concept.

“Safe and sustainable roads that are people-centred rather than vehicle-centred are not only life saving but also significantly improve mental and physical health, economic development and tourism. They are also achievable. I am proud that the UK Embassy in Kyrgyzstan has supported this work and very much hope that in the near future the streets of Bishkek will be safer and healthier places for everyone to enjoy.” 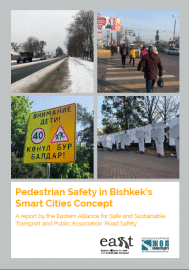 Bishkek is embarking on an ambitious Smart City programme to improve urban life, make the city more sustainable and resilient, employ information technologies to enhance the efficiency of public services, and make the streets safer and more secure for its residents.This report by EASST and Road Safety Kyrgyzstanshows why pedestrian safety should be an essential component of any Smart City concept and  how Smart cities can be more human-friendly than urban developments of the past and can help enrich and better connect local communities. (2018)