On 12 September, EASST partner the Automobile Club of Moldova (ACM) in cooperation with the National Patrolling Inspectorate organised training seminars and actions on the streets of Balti and Edinet in northern Moldova.

The seminars were aimed at the parents of children attending local pre-schools. Parents were given information about transporting children in their cars and shown special videos concerning the urgent need for, and benefits of, using child restraint systems. 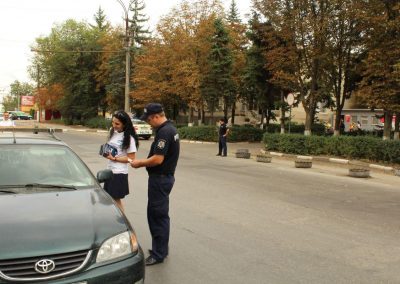 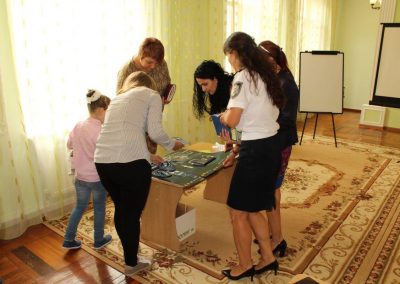 A series of street actions were also organised, where the ACM and NPI stopped drivers with children in their cars to talk to them about the importance of child restraint systems.

The ACM found that most of the drivers stopped were mothers who were transporting their children without child restraint systems in place.

The paradox was that these parents had their own seatbelts fastened, ensuring their own safety but were leaving their children’s lives in the lurch. Challenged on this issue, several mothers replied that they were only making a short journey so did not find it necessary to use a car seat, but said they would fix them for longer trips. Other drivers had no idea about the use of child restraint systems, or the existence of them!

The ACM are therefore calling on parents to remember that their children’s lives are in their hands. It is a parent’s responsibility to ensure their children are safe while out on the road, regardless of whether they are making a short trip in the car, or travelling longer distances. Children must be fixed in the car with proper child restraint system appropriate to their height and weight. The impact of a collision even at a low speed can be fatal for a baby.