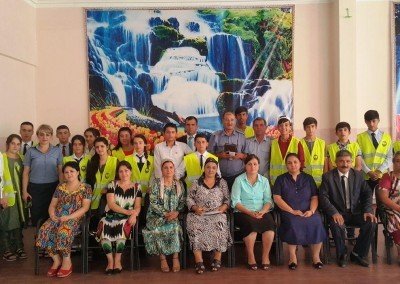 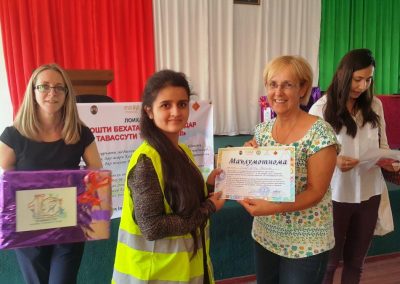 More than 90 per cent of road deaths globally occur in low and middle-income countries.

Tajikistan, as the poorest country in Central Asia, is keenly aware of the impact that road traffic crashes can have. With more than 70 per cent of the country’s eight million population being children and young people under the age of 30, the high level of road traffic collisions is having a tragic effect on the country’s social and economic development.

In 2015 alone, 449 people were killed and 1576 injured as a result of road traffic collisions. Every fourth person killed was a child or teenager under the age of 16.

It is for this reason that, over the past three years, EASST has supported local partner the Young Generation of Tajikistan (YGT) in implementing a road safety education project aimed at increasing road safety knowledge and reducing the number of road collisions involving children and young people in the Firdavsi District of Dushanbe – an area with many schools and high collision rates.

During this time 1800 school children across 10 schools in the District have benefitted from road safety training using the EASST Road Safety Education Pack. The YGT have also held dedicated training sessions for teachers in using the Education Pack so that new students can be trained year after year in the schools. In addition, over 80 young people have been trained as Young Road Inspectors – working in their schools to promote traffic rules among their peers through information sessions and various events.

As this part of the project draws to a close, on 28th August 2017 the YGT organised a special event at school number 72 in the Firdavsi District to celebrate the project’s success. The event was attended by Nargis Tuychieva of the Traffic Police Department, Sharif Atoev of the Education Department, and EASST’s Emma MacLennan. It was announced at the event that since the project started in 2014, the number of road incidents involving children in the District has reduced by 8 per cent. Diloromi Talbak of the Firdavsi Education Department also reported that students’ road safety knowledge had increased by at least 20 per cent across five of the participating schools as a result of the training provided by the Young Road Inspectors.

The ceremony concluded with a presentation of certificates and gifts to participating children and teachers for their tireless commitment in promoting road safety in their schools.