Then and Now: National Road Safety Council as a key player for road safety in Armenia.

by EASSTJan 10, 2019Armenia, News, Road Safety Governance and Capacity Building, Then and Now 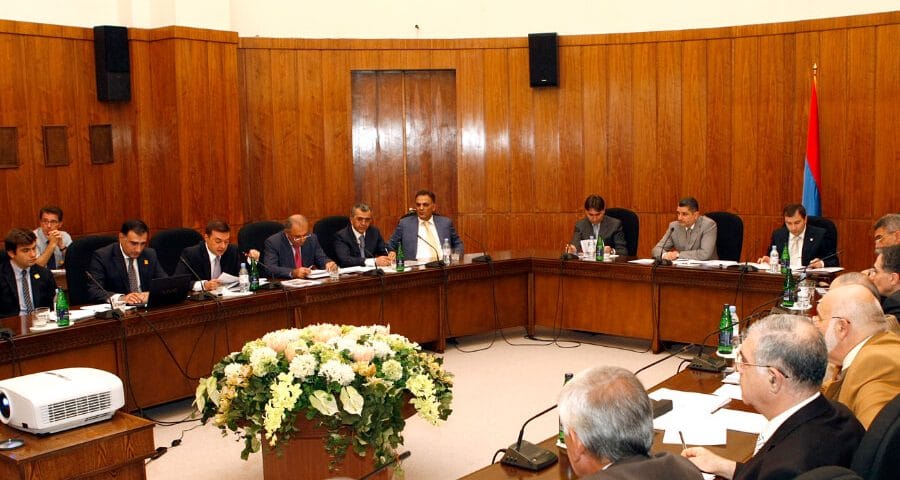 In March 2010, EASST founding partner Poghos Shahinyan was appointed as the Secretary of the (then) new National Road Safety Council of Armenia, chaired by the Prime Minister.

From its inception in 2005, NRSC was a ground-breaking initiative – a road safety coalition involving the Automobile Federation of Armenia (FAA), the Protection of Consumer Rights NGO, the Armenian Public Health Association, the Society for Drivers’ Rights, and the British Alumni Association. They work with a broad range of local groups, academics, consumers and the road traffic police. Until the arrival of the NRSC, many of these organisations had been working in isolation but As a result of their efforts, Armenia’s dormant seat belt law was enforced for the first time in 2009, resulting in a 20% reduction in road fatalities and 12% decline in casualties in just one year.

Since 2010, under the umbrella of the National Road Safety Council, Armenia’s road safety management has been used as an example of best practice by the Eastern Partnership Transport Panel on Road Safety (organised by the European Commission and World Bank). At a meeting in Brussels in 2017, Poghos presented on the success of Armenia’s National Road Safety Strategy. He emphasised that the success of the Council had, in large part, been due to the high-level of government involvement and political will as well as ensuring targeted road safety initiatives that were implemented across sectoral boundaries. Through a focus on reducing speed (by installing speed cameras and cross cameras) and promoting seat belt wearing – the rate of which is now at almost 95 per cent – within the first two years, road fatalities in Armenia reduced by 38 per cent.

In 2016, the World Bank also highlighted the importance of road improvements and road safety in bringing a “new lease of life to many rural areas in Armenia”. A pilot partnership, which started in 2012, between the World Bank and the Ministry of Transport and Communications has since seen a new approach to road construction across the country. Under the guidance of National Road Safety Council, road safety was made a priority in this process. The Safe Villages initiative, led by NRSC, introduced safety measures and ran road safety campaigns to make sure that local communities were prepared for the changes and kept safe.

Today, NRSC is a key player for road safety in Armenia through its cooperation with both state stakeholders and international networks. In 2018, NRSC was appointed as a National Coordinator for the Eastern Partnership working group on road safety and has taken a leading role in facilitating national gatherings and the development of road safety policies in Armenia.

Now, with a new government, NRSC are working update the National Road Safety Strategy to include the SDGs for road safety and design a new action plan to end fatalities on the roads in Armenia. NRSC will continue to raise the importance of unified approach to road safety and raise awareness amongst general public on road safety.