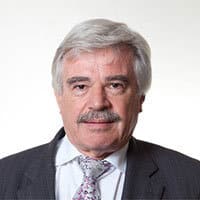 Lord Larry Whitty has been a Labour Peer since 1996. He was a Lords Environment Minister in the first two Blair Governments: in DETR as Transport and Energy Efficiency Minister (1997-2001) and in Defra as Agriculture and Environment Minister (2001-2005). Since then he has been Chair of Consumer Focus and  served on the Board of Ofwat and of the Environment Agency. Earlier he was General Secretary of the Labour Party from 1985-1994 and worked for the GMB trade union and the TUC and was a civil servant in the then Ministry of Technology. He has a degree in economics from Cambridge. In the House of Lords he takes an interest in employment, environment and transport matters and housing and in European matters and is currently Chair of the EU Internal Market Sub-Committee and deeply involved in Brexit issues.

He is President of the charity Environmental Protection UK and Chair of the Road Safety Foundation and is also involved in charities dealing with fuel poverty. Lord Whitty joined EASST as Chair in 2017. 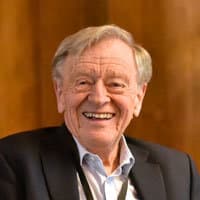 Lord Dubs is Chairman of the Road Safety Foundation established in 2008 by the International Road Assessment Programme (IRAP). A former Member of Parliament for Battersea South, he was appointed a Labour Working Peer in 1994, and from May 1997 to December 1999 was Parliamentary Under Secretary of State for Northern Ireland. He chaired the Parliamentary Labour Party in the Lords from 2000 to 2005. He is of Chairman of the All Party Parliamentary Group on Moldova. He was born in December 1932 in Prague, one of the 669 Czech children rescued from the Nazis by English stockbroker Nicholas Winton. He has written and broadcast extensively on the subject, and has been a keen campaigner on the plight of refugees, serving as Director of the Refugee Council from 1988 to 1995. 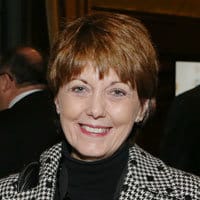 Sheila Fitzpatrick qualified as a doctor in 1976 becoming a principle GP then a specialist in occupational chest medicine. She has seen first-hand the consequences of road traffic collisions in hospital during her career and is therefore passionate about preventing road injury and death.  She is a Trustee of other organisations such as the Marine Society, the Sea Cadets, and Sreepur Village Orphanage following her experience with VSO in Bangladesh.  Sheila was welcomed to the EASST Board of Trustees in February 2016. Her husband is Jim Fitzpatrick MP for Poplar and Limehouse, Chair of FIRE AID, and former Road Safety Minister. Sheila was awarded an MBE in 2016 for services to the community and charity. 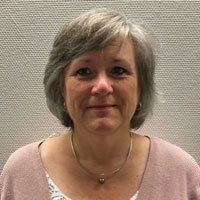 Margie Peden currently holds joint positions at The George Institute for Global Health UK at the University of Oxford and Johns Hopkins University Bloomberg School of Public Health, Department of International Health, Health Systems Program. She previously spent 17 years as the Coordinator of the Unintentional Injuries Prevention unit (UIP) within the department for Management of Noncommunicable Diseases, Disability, Violence and Injury Prevention at WHO in Geneva, Switzerland. Here she co-ordinated work in the areas of unintentional injury prevention (including road safety, drowning and burns prevention), injury surveillance/surveys, and alcohol and drug-related injuries. She was the executive editor of both the World report on road traffic injury prevention (2004) and the World report on child injury prevention (2008). She also coordinated the WHOs contribution to the Bloomberg Initiative for Global Road Safety and the series of global status reports on road safety. Margie has published more than 60 peer-reviewed articles and editorials and is an author of more than 30 manuals/books/chapters. She has extensive experience in road safety, child and alcohol- and drug-related injury prevention. 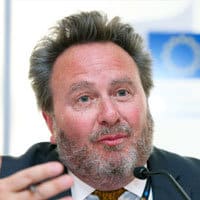 Lawrence Sherwin was until retirement in 2018 Deputy Director of Communications and Head of Internal Communications for the European Bank for Reconstruction and Development (EBRD), London, an international financial institution promoting investment and democratic change in Eastern Europe and the countries of the former Soviet Union. He has a long history of experience in the field of communications, and was formerly Managing Director of America One, Munich, a joint US public broadcasting venture for Europe directed by National Public Radio and Public Radio International.  He was also Deputy Director of Radio Liberty and Assistant Director of the Russian Broadcasting Department of Radio Free Europe/Radio Liberty Inc. in Munich, a major Western broadcaster to Eastern Europe and the former USSR. 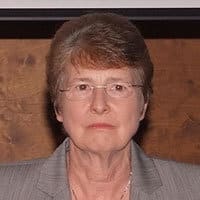 Kate McMahon was until retirement in 2005 a member of the Government Economic Service, working on road safety since 1986, and latterly Head of Road Safety Strategy Division in the GB Department for Transport. She was awarded the OBE and the Royal Society for Prevention of Accidents Distinguished Service Award. She was a member of the Organization for Economic Cooperation and Development’s expert groups on Safety of Vulnerable Road Users, Road Safety Strategies, and Ambitious Targets, and chaired the expert group on Child Safety. Since retirement Kate has provided advice on road safety internationally. She was one of the lead authors of the Road Traffic chapter of the World Health Organisation report on child injury and the first Make Roads Safe Report on global road safety.  She was commissioned by the FIA Foundation to produce a revised seat belt manual in the WHO series, helped to organise and deliver the FIAF Road Safety Scholarship programme and is the external evaluator for the FIAF grants programme. Major pieces of work have included coordinating the UNDA Targets project for UNECE and writing the report that was published in 2010, and evaluating the Global Road Safety Initiative programme in 2008 and 2010.  Recently she was a consultant to the EU Save Our Lives project and author of the Guidelines report that was published in 2013. She prepared Road Safety Management Capacity Reviews for Warsaw and for Poland for the World Bank in 2012/2013, and advised the Road Safety Council on the new road safety strategy for Poland.  She is currently working as a consultant for the World Bank project on Technical Assistance on Road Safety for Morocco. Kate is a member of PACTS and its Road Safety Behaviour Working Party.  She is a Trustee of the Road Safety Trust and Make Roads Safe charities. 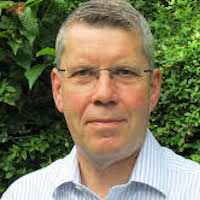 Nigel Peters was until retirement in 2017 a Director of British Expertise International (BEI), a membership organisation that promotes British consultancy, professional services and related expertise around the world, with a focus on emerging markets. He was the lead on development aid globally and geographically on Eastern Europe and Central Asia. Nigel was a member of the World Bank’s Private Sector Liaison Officer Network and organised meetings on a regular basis with the World Bank, EBRD, Asian Development Bank etc. On a visit to Moldova in 2012 he realised he had now visited all 15 former Soviet Socialist Republics! In 2017 Nigel was awarded an OBE for services to UK export promotion in eastern Europe and Central Asia. Nigel is currently a member of the advisory panel of Public Administration International, and is also secretary of the All-Party Parliamentary Group on Uzbekistan.

Nigel’s earlier career was spent in the construction and consulting engineering industries. His interest in Eastern Europe started in the mid-1980’s when he was responsible for business development for Taylor Woodrow in East Germany and the Soviet Union. He was a member of the Government’s East European Trade Council from 1986-97, and was seconded to what is now the DIT from 1993-95 as Export Promoter for Central Asia, working with the FCO to open our first Embassies in the region after independence and to give guidance on commercial opportunities to the newly appointed British Ambassadors. At the end of his secondment he helped set up the Central Asia & Trans-Caucasus Business Information Group (CATBIG), which still meets regularly to discuss business opportunities in the region at BEI. 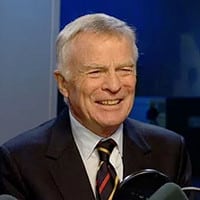 Max Mosley became Patron of EASST in 2016. He is chairman of the Towards Zero Foundation, the UK charity promoting the ‘Vision Zero’ approach to road safety internationally. He is also chairman of Global NCAP, the umbrella organisation for all crash testing programmes worldwide. He was president from 1993 to 2009 of the FIA (Fédération Internationale de l’Automobile).  During that time he oversaw many important developments in the regulation and safety of international motor sport and road safety. He was a pioneer of the ‘safe systems’ approach in motor sport safety. Mr Mosley was also the founding Chairman of the European New Car Assessment Programme which set high standards for the crash testing of new cars and was described by the European Commission as the most cost-effective road safety initiative of the last 20 years. He was president and spokesperson of ERTICO Intelligent Transport Systems Europe, which encouraged the introduction of electronic systems to improve road safety and traffic mobility.  During his presidency of the FIA, the FIA Foundation for the Automobile & Society was instituted to campaign for safer cars, safer roads and cleaner emissions. Max Mosley graduated from Oxford with a physics degree in 1961 and was called to the English Bar in 1964, practising as a barrister for five years in London. He was a successful amateur racing driver and in 1969, he co-founded March Engineering, which quickly became one of the world’s leading racing car manufacturers.