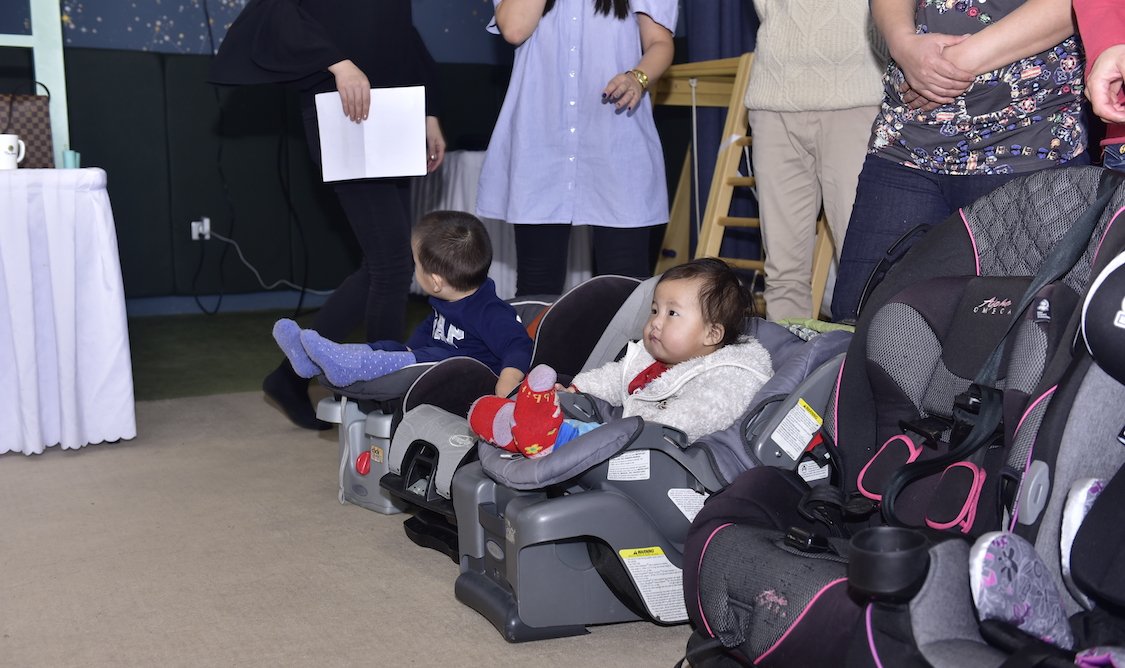 At the end of 2018, a new law came into effect in Mongolia making the use of car seats mandatory for all children under the age of 10. However, many parents were unprepared for this change – not least the sudden financial burden of purchasing car seats for their children. In Mongolia, it is common for infants to ride in their mothers’ lap in the front seat. This is especially dangerous on rural roads, where speeding is common and quality of roads are low. Using a child car seat can reduce the risk of death or serious injury in a crash by up to 70 per cent.

Global Shapers Ulaanbaatar Hub (GSUB) have sought to make the transition easier by implementing a public awareness campaign in partnership with the Traffic Police on the correct usage of child restraints and setting up an online donation platform for low-income families to receive free car seats from expat families living in Mongolia and Mongolians living abroad.

The donation platform, www.carseat.mn, officially launched in October 2019 giving parents access to car seat installation information and enabling them to request a car seat for their family. So far, over 80 car seats have been donated to families following campaigns locally and among expats in the United States – with special thanks to ‘Oluulaa’ a youth NGO based in San Francisco who collected around 40 seats and shipped them to Mongolia. GSUB have received many more requests and are now working hard to raise awareness and source more car seats for the project.

In addition, GSUB have formed a cooperation with the Doctor Auto and Nomin supermarket chains to offer discount coupons to parents to nudge them into buying safety seats for their children. So far, a total of 500 coupons have been distributed.

As part of the project, GSUB organised a series of actions within the framework of the Youth of Ulaanbaatar Forum, Mommy Meetup expo event, and International Children’s Day. Through these events GSUB were able to engage with thousands of parents, informing them about the importance of using child car seats, the new law and how to properly use them to protect their children.

A dedicated Facebook page was also set up for the project. It is consistently updated with road safety related articles, news and videos, including a campaign film featuring prominent young comedian, Batbileg, who delivered safety seat installation instructions while explaining the importance of using child restraints. A second film conveying the message “If you can drive a car, you can buy a car seat” was also released to challenge the “it’s too expensive” excuse often cited by parents when asked why they don’t use child safety seats. This film reached almost half-a-million people in just two weeks and was shared over 3700 times. It was also broadcast for two weeks on Mongolian National Broadcaster, the largest TV station in Mongolia.

GSUB have achieved a tremendous amount and look forward to seeing the platform grow. Compared to previous years, the number of children injured in road crashes fell by 36% in 2019 in Mongolia – and the GSUB ‘UBeSafe’ project played a role in that outcome.